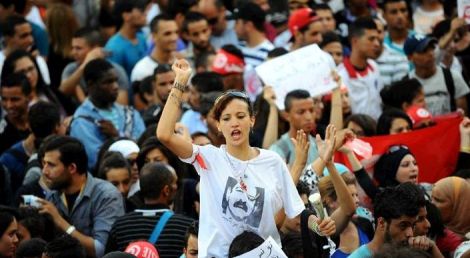 The law was rushed through parliament after repeated delays as the ruling Islamist Ennahda party and the opposition accused each other of trying to exploit the issue for political gain.

It stipulates the creation of an independent “truth and dignity body” tasked with identifying and compensating victims of abuse under the regimes of Ben Ali, who was ousted in the 2011 uprising, and founding president Bourguiba.

It also proposes to identify and bring to trial those responsible.

The bill covers “any blatant or methodical aggression perpetrated in the violation of human rights by agencies of the state, or by groups or individuals acting in its name or under its protection”.

Crimes covered include voluntary homicide, rape, extrajudicial killings and torture, as well as economic crimes such as misappropriating public funds and financial corruption.

The transitional justice system should also lead to a reform of the laws and institutions that allowed such violations, and strengthen the rule of law.

The law was adopted by 127 members of the 217-strong National Constituent Assembly just after midnight, a day after MPs began examining the draft bill, TAP news agency reported.