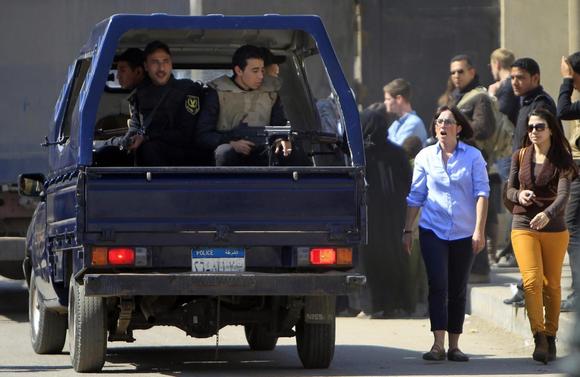 Egypt put three Al Jazeera journalists on trial on charges of aiding members of a “terrorist organization”, in a case that human rights groups say shows the authorities are trampling on freedom of expression.

Three of the Qatar-based television network’s journalists – Peter Greste, an Australian, Mohamed Fahmy, a Canadian-Egyptian national, and Baher Mohamed, an Egyptian – were detained in Cairo on December 29 and remain in custody, Al Jazeera said.

All three deny the charges and Al Jazeera has said the accusations are absurd. Egyptian officials have said the case is not linked to freedom of expression and that the journalists raised suspicions by operating without proper accreditation.

The court postponed the case, in which a total of 20 people are on trial, to March 5.

The 16 Egyptians are to face trial for belonging to a “terrorist organization”, an apparent reference to the Muslim Brotherhood, which has been protesting against the government since the army toppled Islamist President Mohamed Mursi in July.

Both state and private Egyptian media have whipped up anti-Brotherhood sentiment, suggesting anyone associated with the group is a traitor and a threat to national security.

The crackdown on dissent has raised questions about Egypt’s democratic credentials three years after an uprising toppled autocrat Hosni Mubarak and raised hopes of greater freedoms.